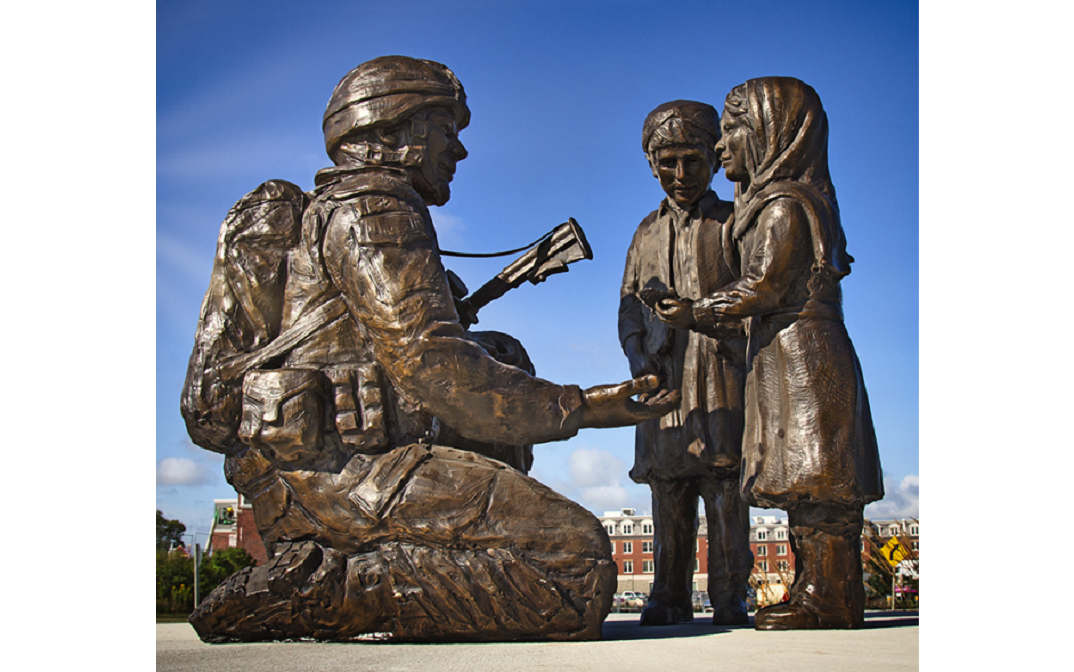 Bravery Park officially opened in Orangeville, Ontario on Friday, 3 September 2021. The life, service, and sacrifice of Orangeville native Corporal Matthew McCully – a Signal Operator and soldier of 2 CMBG HQ & Sig Sqn – served as the driving inspiration for the park. As reported by Angelica Babiera of the The Orangeville Banner: ‘Bravery Park promotes awareness and understanding of the sacrifices and struggles the Canadian [Armed] Forces experience in their effort to promote peace at home and around the world. It features statues depicting a Canadian soldier and two Afghan children, as well as a memorial stone honouring Canadian [Armed] Forces personnel, and a traditional medicine garden and wheel. There is also tempered glass art, a children’s playground, benches, and a wheelchair-accessible picnic table.’ 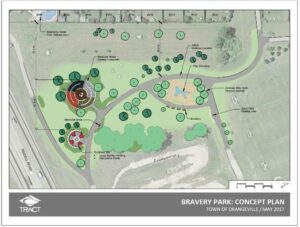 Shannon McGrady, Chair of the Bravery Park Committee and sister of Corporal McCully has this to say …

To all members of our Canadian Armed Forces, past or present:

As a country, we do an incredible job of honouring our fallen soldiers. My family has been treated with the utmost respect. However, much of Canada remains unaware of the daily sacrifices you make to serve Canada and the world at large. You sacrifice months, even years, with loved ones to complete humanitarian and environmental missions all over the world. Some of these missions expose you to extreme devastation and danger, often having a lasting impact on your mental and physical health. For many of you, the sights, sounds, and smells of these missions never go away.

And yet despite everything you sacrifice; I’ve yet to meet a soldier or veteran that considers themselves a hero. You say it was your job, what you were trained to do. But it is far more than that. Many of us serve our communities, even our province, but you, you serve our country, and what a great country it is. You are Canada’s heroes and we are so very proud of you.

Although Bravery Park is complete, it is only the beginning of the awareness and education it will offer our community and its visitors. Here in the Town of Orangeville, folks won’t be able to drive down the busiest road in our county and not think of our Canadian Armed Forces. Teachers will take students on class trips to the park to learn about you and your sacrifices. Tourists will go home talking about you.

This park honours you, your family, your sacrifices, your achievements, your bravery.

Thank you for your service,

Thank you for your words Shannon.

That is the most beautiful thing I have ever read. VVV Cpl McCully, rest well.