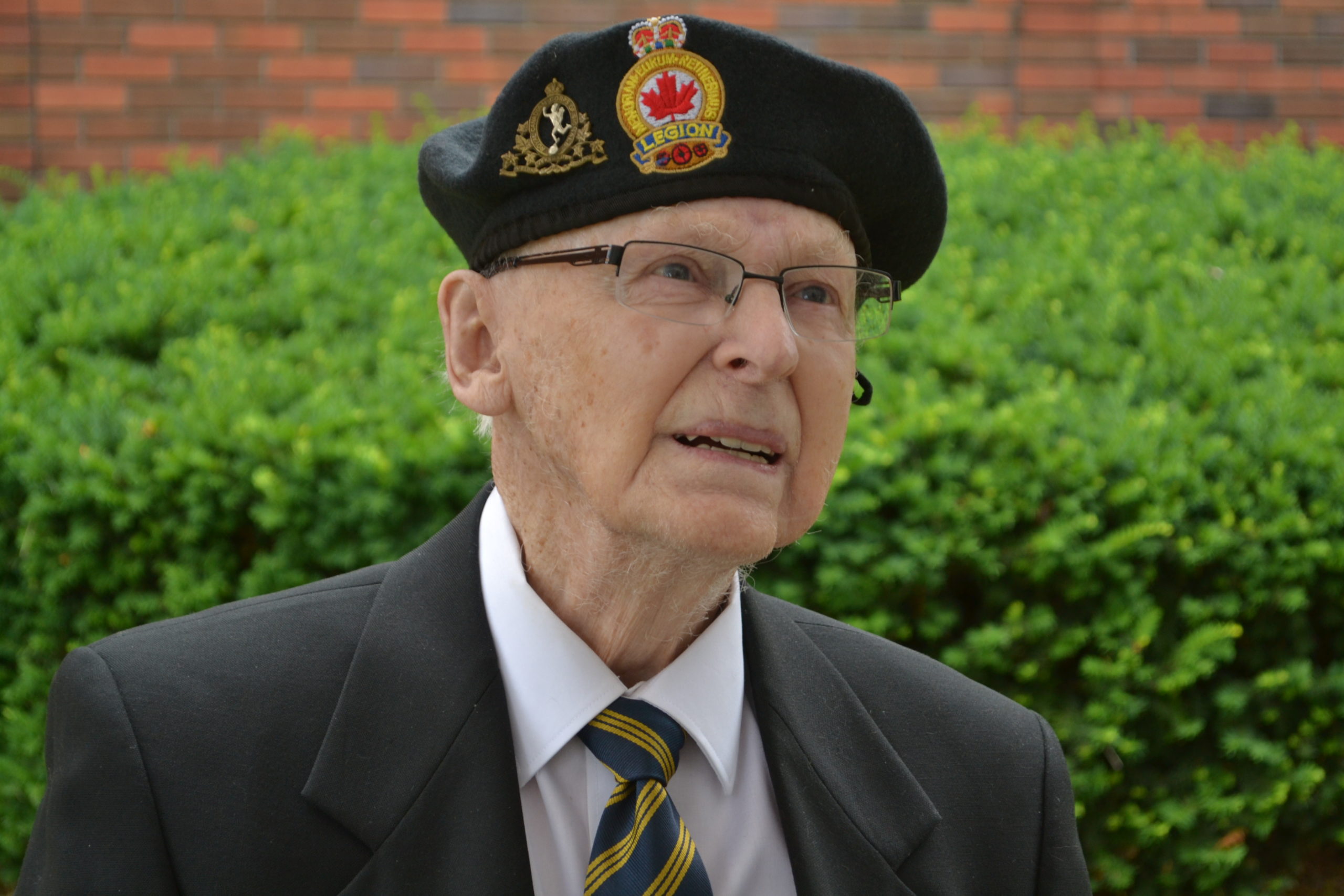 These three special dates were recognized recently during a special ceremony at Branch 60 which included the Rickards’ daughter Marie, remarks by Burlington Mayor Marianne Meed Ward and a surprise performance by Frank Sinatra tribute artist Dan Lauzon, a Canadian military veteran and a Vice President of Branch 60.

Douglas Ross Rickard is believed to be the last Canadian survivor of the Dieppe Raid during the Second World War.  It was one of the darkest chapter’s in Canada’s military history but it was also marked by great courage and helped lead to important lessons being learned to prepare for the D-Day invasion of 1944.

Mr. Rickard was a member of the Royal Canadian Corp of Signals.  He arrived at Dieppe in the early morning of August 19, 1942 aboard a tank landing craft (TLC) containing three tanks.  He was knocked unconscious by a shell blast but was revived by an officer and continued to receive and transmit messages until further damage to the vessel disabled an engine and forced the crew to retreat.   With only one propeller working, they slowly tried to return to Britain.  They were set upon by enemy fighters off the coast of England, and to avoid injury Corporal Rickard jumped overboard.  He was able to remove his heavy boots and swam over a kilometer back to an English beach and safety.

Corporal Rickard continued to serve the remainder of the war in a variety of roles, returning to Canada in early 1946 with his British war bride, Jean.  Already an accomplished artist, he continued his painting and held art director positions with several major publications.  Before retirement, he established several Canadian companies which exported Canadian photographic equipment and art supplies around the world.

The almost 5,000 Canadians who fought in the Dieppe Raid were among the more than one million men and women from our country who served in uniform during the Second World War.  The efforts of all of these brave Canadians helped the Allies eventually achieve victory.

A YouTube video of Mr. Rickard recalling his experience at Dieppe is available at https://www.youtube.com/watch?v=dp-3_jDXUF4.