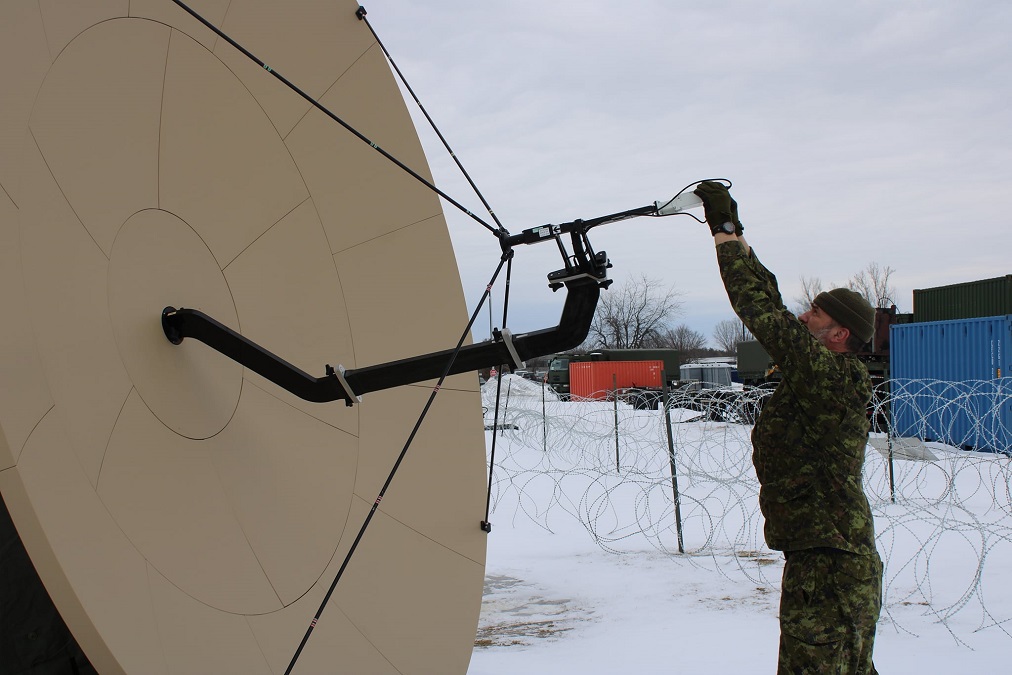 1. Ex MERCURY STRIKER (MS) 2022 was the start of a new annual Regimental exercise in which the Canadian Forces Joint Signal Regiment (CFJSR) provides support to two CPs at the same time, a Joint Task Force Support Component (JTFSC) which is a Formation CP, and a Multinational Joint Integrated Task Force (MJITF) which would be a Division CP.

These two CPs are annually exercised asynchronously through Ex READY POSTURE, and Ex READY DEVIL. However, prior to Ex MS CFJSR had not proven the possibility of deploying both headquarters concurrently in the context of CONPLAN JUPITER.

This year Ex MS took place in Kingston, Ontario from February 21st to March 4th 2022, the main Regt goal this year was the simultaneous deployment of both a JTFSC and a MJITF. In following years the CFJSR looks to iterate upon this exercise to increase the capabilities exercised by the Regt.

Taken by MCpl Santi, MCpl Stanimirovic is in the picture. It’s the H-SDT  he is adjusting the eqpt on the feedhorn.

H-SDT – Heavy Strategic Deployable Terminals,  The H-SDT must provide a deployable very high data throughput capability for the CAF. Primarily the H-SDT must be operated by no more than two individuals.

This year Ex MS was conducted close to home in Kingston, ON and was a success as a first step towards exercising this capability. In the years to come CFJSR is looking to expand on the same exercise framework to deploy farther and integrate different capabilities into the exercise relevant to the current landscape. 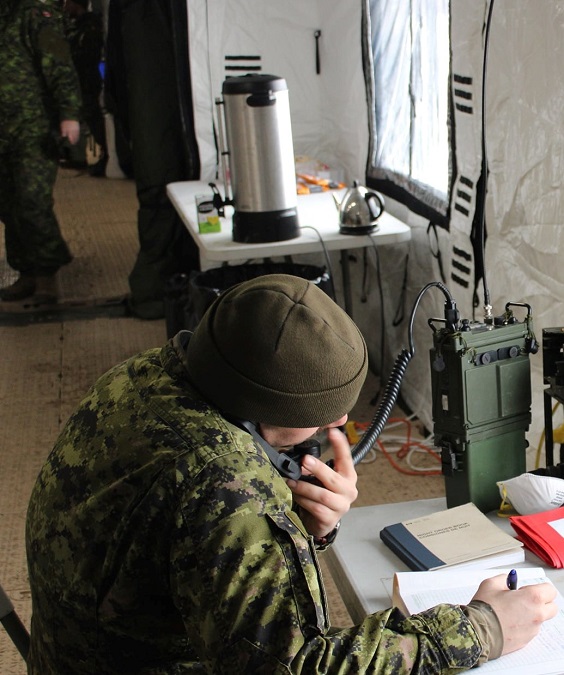 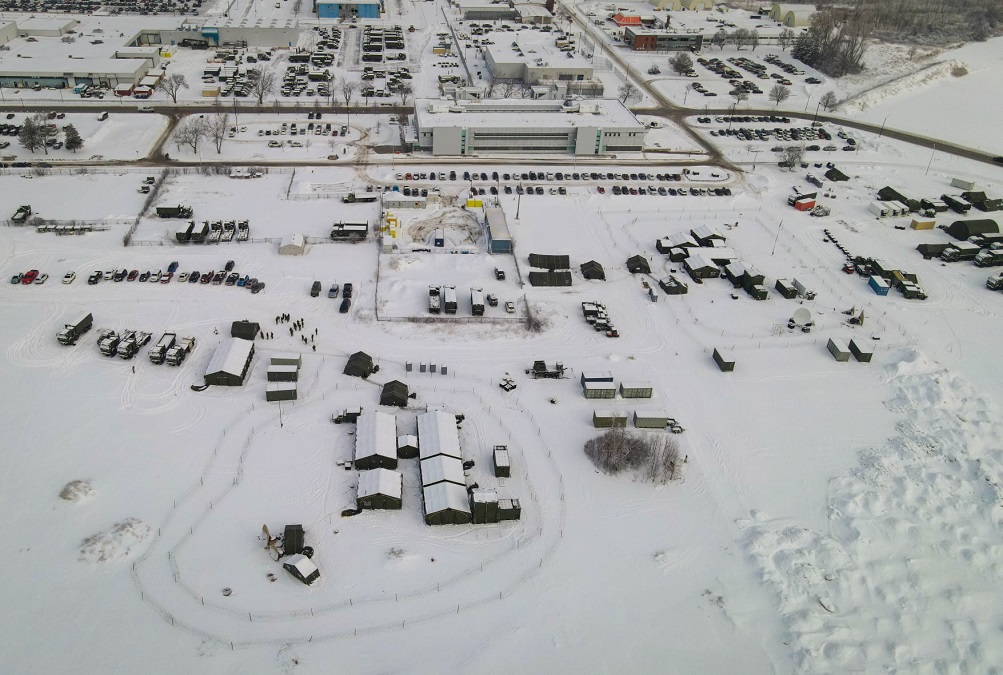