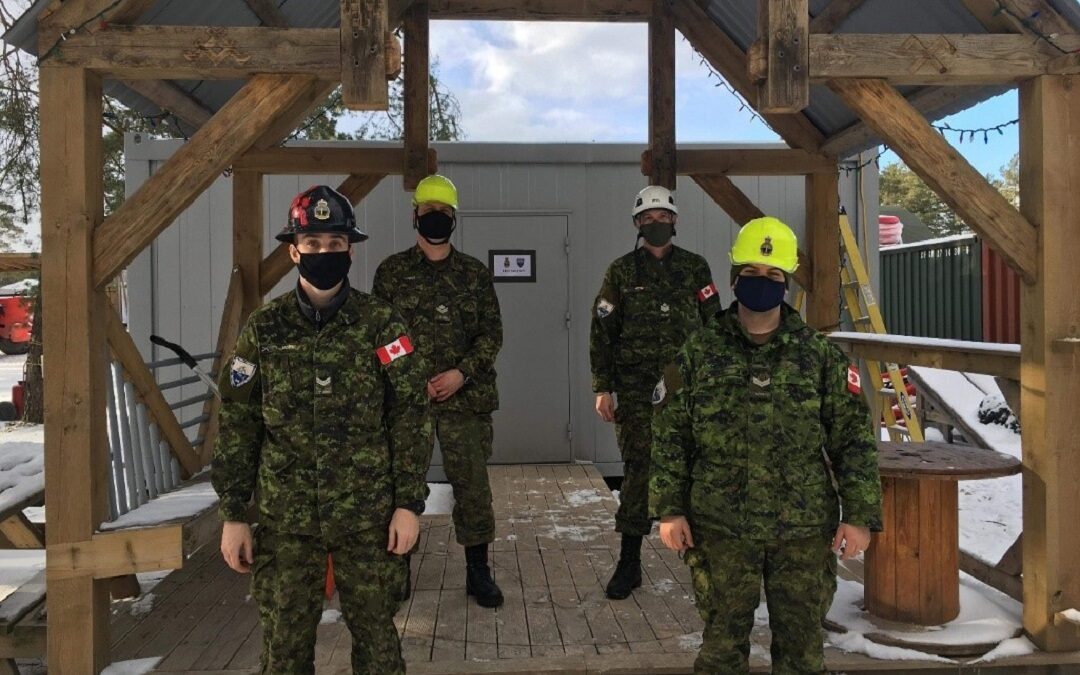 The Line Section currently deployed on Op REASSURANCE 21-01 (ROTO 15) consists of Line Technicians from across Canada within 2 Canadian Mechanized Brigade Group and 77 Line Regiment. The six members have come together with a mutual goal to represent Canada with the utmost professionalism throughout this NATO operation. The common skills and pride that each member possesses has been observed as the Section has overcome several obstacles right from the start of the mission.

COVID-19 protocols resulted in a disrupted handover from the previous ROTO 14, but as the professional Line Technicians that the members of ROTO 14 were, they nonetheless facilitated as smooth as a transition as possible given the current situation.

With a major focus placed on the eFP Battle Group (BG), Ex CRYSTAL ARROW and once again concerns with COVID-19, the Squadron tasked two members of Line Section to support the eFP BG early into the ROTO. These two members were required to join the eFP BG in January in order to reduce the chances of infection until the exercise was completed. This left the Line Section to maintain camp infrastructure with only a four man crew, but this did not stop work from being completed.

Relationships with other sending nations were quickly established. From liaising with Lt Alfreds Musa of Latvia, who was the POC to program PBXs for phone locals, to providing guidance to the Spanish contingency with regards to network services. Language barriers were at times tricky, but the Line Section was able to overcome this challenge and continued to ensure that all networks were established.

Unforeseen circumstances once again hit the Line Section as another member left the Section to return home to Canada and another was placed in self-isolation due to COVID-19 close contact protocols. The remaining two members stepped up to keep things moving. An aerial TFOCA cable was accidently damaged which resulted in a loss of services to the UMS. The undermanned Section quickly responded to the incident, analyzed the situation, implemented their plan and re-established connectivity.

Positive news was soon received by the Section in early March as the member in self-isolation returned to the Section and the replacement Line Technician arrived in theater. But just as good news comes to the Section, more challenges were soon to follow. Contractors installing a new fence accidently damaged an underground conduit and network pathway outside the Line Compound. The four members of Line Section once again reacted quickly and sprang into action to rectify the issue. They immediately fixed the conduit pathway and reinstalled a new fiber line in less than a 24hr period to ensure minimal down time of the network.

Although it is still early in the ROTO, the excellent work and dedication of the Canadian Line Technicians thus far cannot go unnoticed.