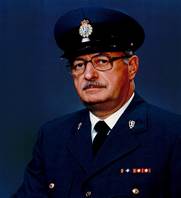 We regret to inform you of the passing of the following personnel:

Passed away peacefully on December 11, 2015 in his 85th year, surrounded by his children and in the prayers of his loving wife Lorette Bourgeois-Leclerc, his partner of 60 years, a woman he loved and cherished to his very end.

Jean or “Johnny” to his many friends joined the RCAF in August 1950 serving across Canada and overseas. He achieved significant milestones throughout an illustrious career including being awarded the Order of Military Merit. His competence and a unique ability to appreciate the character of those personnel assigned to his care ensured assignments such as the first RCAF Sergeant Major for Communications Operator Training at the School of Communications and Electronics. He ended a 36-year career as the Communications Command Chief Warrant Officer, guiding the institutionalization of training objectives and standards for the communications branch.

He served the RCMP for 10 years. Jean was an accomplished curler and enjoyed golf which he continued to play after his retirement.

His greatest joy was spending time with his family. He has joined his beloved sons Paul and Pierre, and together they will watch over those of us left behind. Always in our thoughts and forever in our hearts, rest easy Dad, rest easy.

Family and friends are invited to the Beechwood, Funeral, Cemetery and Cremation Services at 280 Beechwood Avenue, Ottawa, Ontario on Monday, December 21st from noon until the Memorial Service at 2 p.m. in the Sacred Space. Interment with military honours will follow at the National Military Cemetery:

Those wishing may make memorial donations to the Canadian Cancer Society: http://www.cancer.ca/en/?region=on&gclid=CPbD6sWb4ckCFZYWHwodHI8Elg