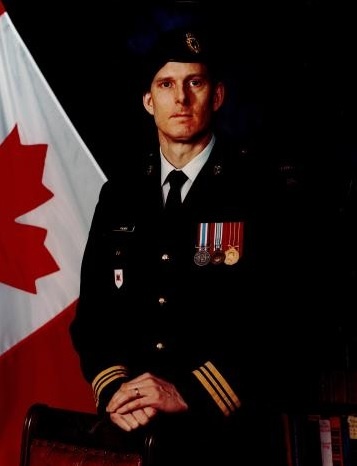 It is with a heavy heart that I let you all know that James Palmer (aka Jim) passed away surrounded by his loving family on Friday November 11, 2022, at the young age of 64. Jim was the son of the late Leonard and the late Josephine Palmer, beloved husband of Deborah Palmer née Stocker and loving father of Michael (Jessica). Jim enjoyed his cherished status as grandfather of Lina. He will be missed by his dear sister Diana (Bill Green), his niece Crystal, his father-in-law and mother-in-law; William and Gisele Stocker, his sister-in-law Linda (Ward Hewitt) and his brother-in-law Randy Stocker (Artur Wilczynski). He will be remembered by his aunt Mary Scott, his cousins and many dear friends and colleagues.

Jim enrolled in the Canadian Armed Forces as a direct entry officer in 1983. At the time of his enrollment, he was the world record holder for the most consecutive (1050) one-arm pushups! At basic officer training, in Chilliwack BC, he was the first person to be exempted from doing pushups. Following basic training, he was posted to National Defense HQ in Ottawa, then Canadian Forces Base Kingston, where he completed his basic signals officer training for the Canadian Army.

Jim served with the Canadian Forces Joint Signal Regiment and the Canadian Forces School of Communications and Electronics in Kingston. He served for six months with the United Nations in Israel/Syria as part of United Nations Disengagement Observer Force. In Toronto, he served with the Canadian Forces College and Land Forces Central Area HQ. In Ottawa, he served with several organizations: namely, Communications Command HQ, Director Land Requirements, the Information Management Group, Chief Force Development, Military Personnel Command, and his final military position on the Strategic Joint Staff. In addition to all the specialized training he received on his journey, he completed a master’s degree in project management as well as a master’s degree in cybersecurity.

Upon his retirement from the military in July 2018 and after serving his country for 35 years of dedicated and loyal service to Canada and to the Canadian Armed Forces, Jim planned to remain in blissful retirement with his wife Debby east of Ottawa. However, the call to serve was strong and after a short retirement, he joined CSE in 2018 where he served both as a cyber security specialist as well as a supervisor with what is now known as Security Architecture within Partnerships Risk Migration Group. Jim has always been well respected with those that he has worked with but most importantly he cared about those that worked with and for him. He was a consummate professional who could be counted on to be that team player who could do the heavy lifting and contribute to any task with vigor and energy. I know that Jim was grateful for the extensive experience, training, and comradeship he received throughout his two careers. He had fond memories of the friends and colleagues he made along the way as well as the support that was afforded to him by his leadership. He was proud to have served with two great professional organizations and thankful for the unique opportunities he has been given during his two careers.

For the moment no visits or memorial service will take place. In Memory of Jim, donations to the Canadian cancer Society would be appreciated. 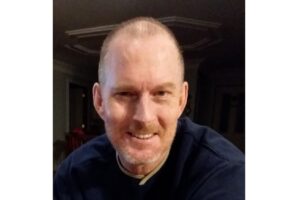