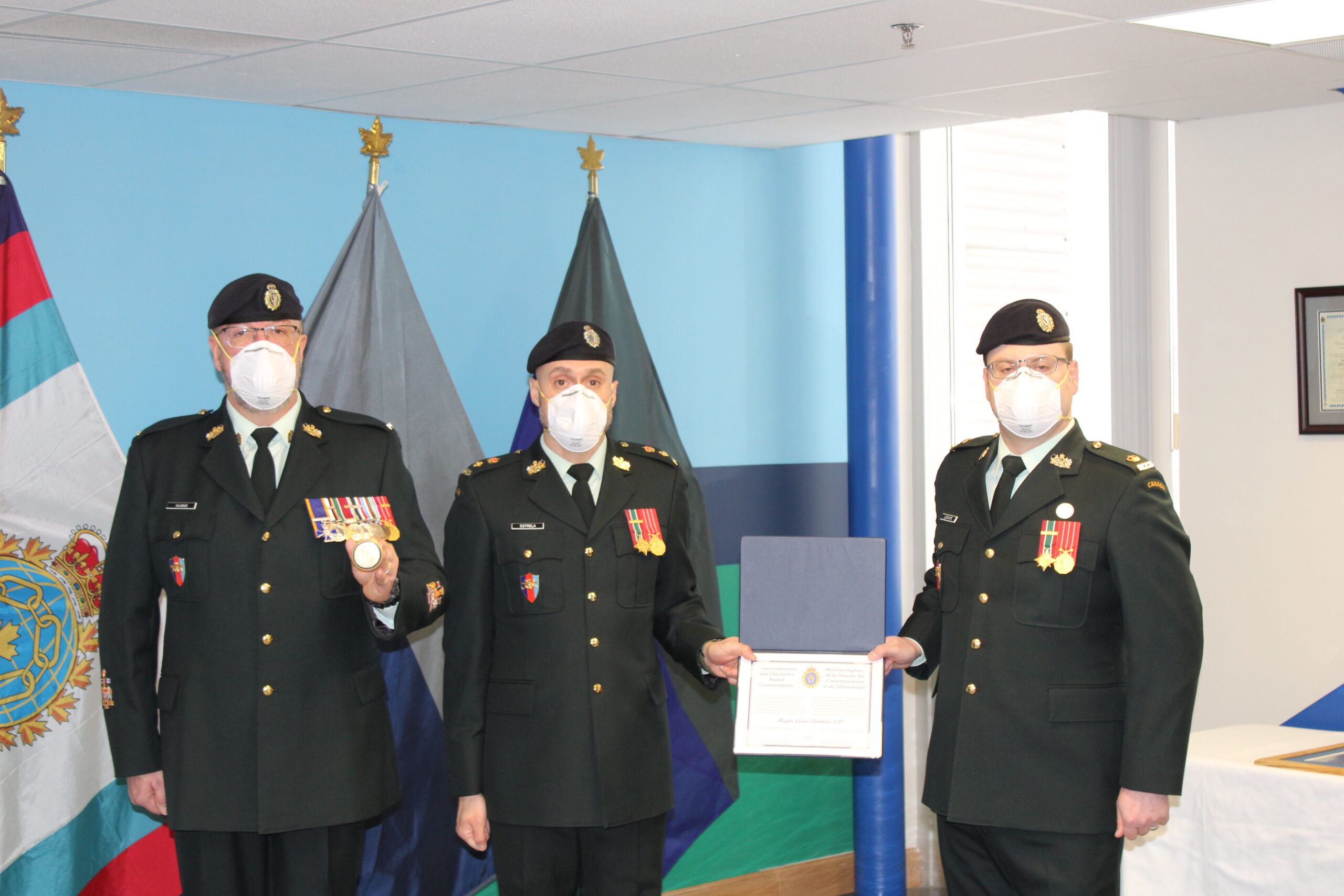 Major Lemaire volunteered as the Command Team Lead for the C&E Branch Battlefield Study Netherlands 2020.  He worked diligently on behalf of the Planning Team to develop a comprehensive Joining Instruction for all C&E Branch participants.  This effort required significant coordination across the military community as the group included Regular and Reserve members located across Canada and internationally.  His effort was further complicated by the fact that individuals were covered under different authorities for travel and leave.

On the Study’s cancellation and rescheduling due to COVID, Major Lemaire once again volunteered to accept the same position for the delayed Study in 2022.   His support for the project did not waver and his involvement served as a critical factor in getting the project to its current status.

Throughout the past 3 years, Major Lemaire has been the exemplary professional.  He dealt with numerous demands spanning from transportation and logistics, to the coordination of monthly professional development sessions related to the historical significance of the Netherlands campaign.

The Commendation is as follows:

‘In recognition of his tireless efforts in support of the C&E Branch Battlefield Study and bringing this significant Branch project to fruition.  His comprehensive and detailed staff efforts were key elements in the successful planning for the project.  His dedication and professionalism served as a role model for all members participating in the Battlefield Study.’