On 27-28 Oct 2021, the international exercise NOBLE SKYWAVE took place, organised by 21 EW regiment in Kingston; joining approximately 170 stations located all around the world. This exercise has the goal to encourage the knowledge and competencies on various HF radio aspects of radio operators from across the globe. 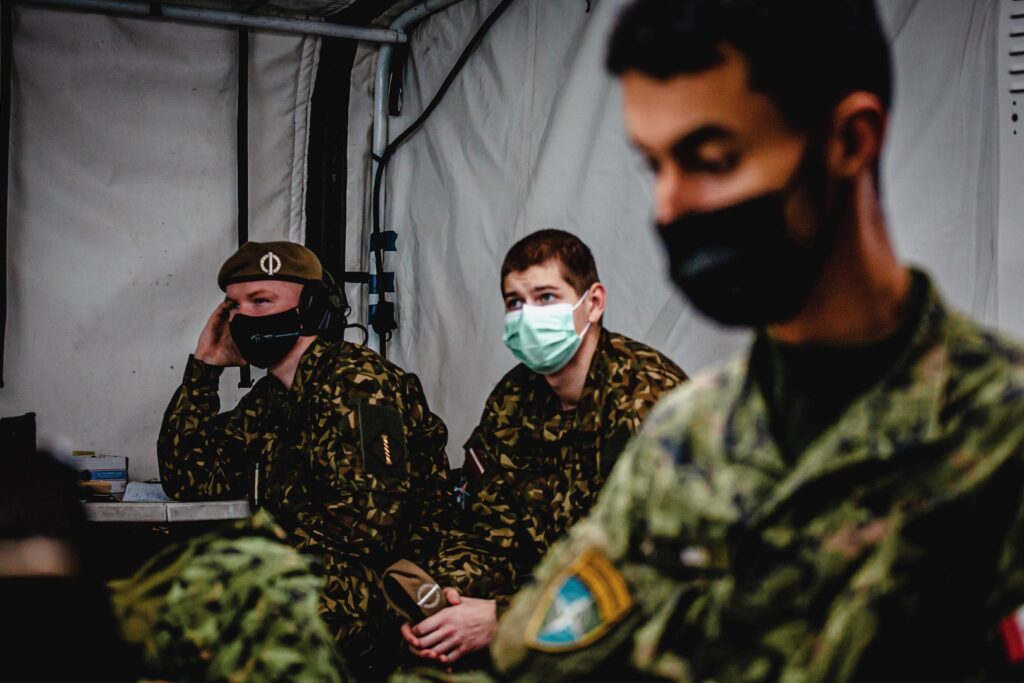 For the Canadian BG and Sig Sqn personnel participating, this exercise was not only a source of professional development, but it was also an occasion to join multiple nations and trades together under one team. Latvians, Slovaks, Polish and Canadians, both Regular Force and First Reserve, were present in the team operating from Camp Adazi. The four nations spent two full weeks before the competition training their personnel. That way, members from all nations were comfortable with using the various radios, the various types of antennas, and had a good general understanding of the HF equipment’s functions.

The competition being centered on specific HF competencies, the BG members preparing the more technical aspects of the competition were Reservists. Since the Regular Forces ceded their HF equipment in favor of VHF and Satcom a few years ago, the onus of HF fell to the First Reserve. As such, Reservists were the one who in large part trained the participating members, as well as organized and did the necessary calculations so that the required installations were to be constructed at the highest standard, which is required for long distance HF communications.

The team from Camp Adazi finished 19th overall, and 5th in their specific category. Not only is this a very decent ranking for a team so far from other participating teams, the members were able to operate with partners from other nations with little to no HF radio experience. The Canadian team members were thus able to have a great experience with NATO partner nations as well as develop our combined interoperability and mission readiness. The result is a proud multinational team composed of people from very different backgrounds achieving a great cooperative success.