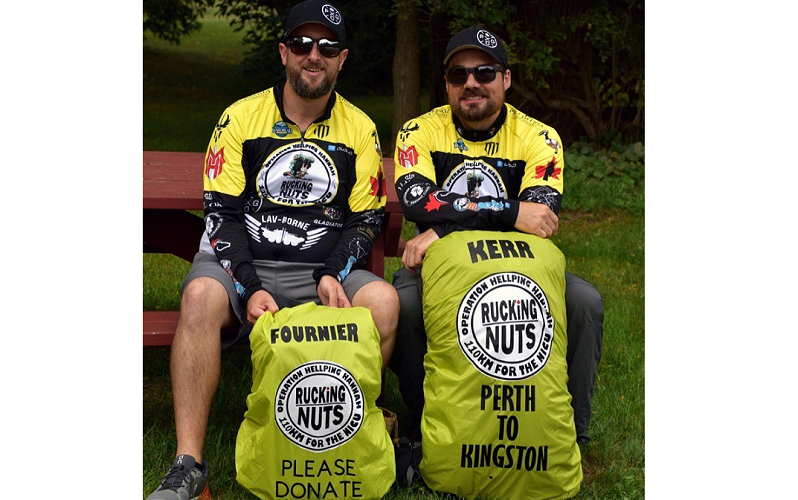 This long ruck was the culminating event of “Operation Hellping Hannah” a project in which the pair have currently raised over $37,000 for Kingston Health Science Centre’s Neonatal Intensive Care Unit webcam project. The webcams, once installed will allow parents of premature and high risk babies to view their children anywhere, anytime via secure connection.

Kerr experienced the need for such devices first hand when his daughter was born 13 weeks early last February while deployed to Latvia on ROTO 15 of OP REASSURANCE. Kerr was repatriated the day after her birth, however he still had to wait an additional 14 days to meet her due to COVID-19 protocols. Video calls between Kerr and his wife during her visits to the Neonatal Intensive Care Unit (NICU) filled that role for their family. 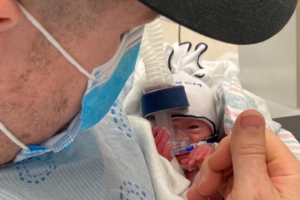 While in isolation Kerr began a small fundraiser to give back to NICU while completing the David Goggins 4x4x48 Challenge on his treadmill. He then set his goals higher vowing to ruck 1km for every day his daughter was in the NICU. She spent a total of 110 days in hospital. Kerr posted about the fundraiser and his trek on social media. That’s when Corporal Fournier who is also a new father joined the team. The pair spent the summer doing half marathon distance workup rucks along different sections of the route leading to their 110km event on September 25 &26. 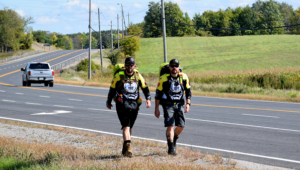 The ruck was divided up over 2 days with the pair covering 65km on the first day and the remaining 45km on the second. Day 1 began at 05:00 at the Great War Memorial Hospital in Perth where Kerr was born. The Corporals were joined on the first leg of their journey by CFJSR Commanding Officer, Lieutenant-Colonel Jason Estrela and members of the Perth Fire Department in full gear.

The pair crossed the finish line at 15:00 on Day 2 at the main entrance of KHSC after a total 23 hours of rucking. Along the way they collected over $1000 in cash donations and are now almost at their goal of $40,000 for the NICU. Donations can still be made online by visiting www.gofundme.com/f/hellping-hannah 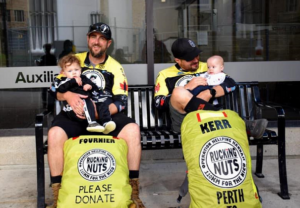