Veterans struggling with events in Afghanistan

The current situation in Afghanistan is distressing for many Canadians, Veterans and their families, especially for those who served there. During this time, Veterans may be asking themselves difficult questions or revisiting experiences and relationships formed during their service or deployments. Their families may be struggling along with them.

In reaction to current events in the region, Veterans may:

All of these reactions are understandable in this distressing context. If you are a Veteran or a family member struggling in reaction to current events, please know that you are not alone. Talk to your friends and family members, connect with your Veteran network and peer support resources, or contact a mental health professional.

The CFHIS houses most of the health information for serving CAF members as well as Veterans who served since 2012. In 2018, we began working with the CAF on a solution that would provide up to 50 VAC decision makers with direct access to view and extract key information from the CFHIS.

Protecting your personal information and privacy is paramount. That is why decision makers access the CFHIS information only with Department of National Defence (DND)-issued laptops connected to the DND secure network.

Visit the Disability benefits page to find out how you can apply and our efforts to reduce wait times.

Asking for help can be hard, but connecting with someone who cares can make all the difference in the world. Please know that you are never alone.

World Suicide Prevention Day is September 10. It’s an opportunity to raise awareness of suicide and to promote action to reduce the number of suicides and suicide attempts through proven means.

Do a buddy check. Reach out to a friend or loved one today and let them know that you’re there for them. 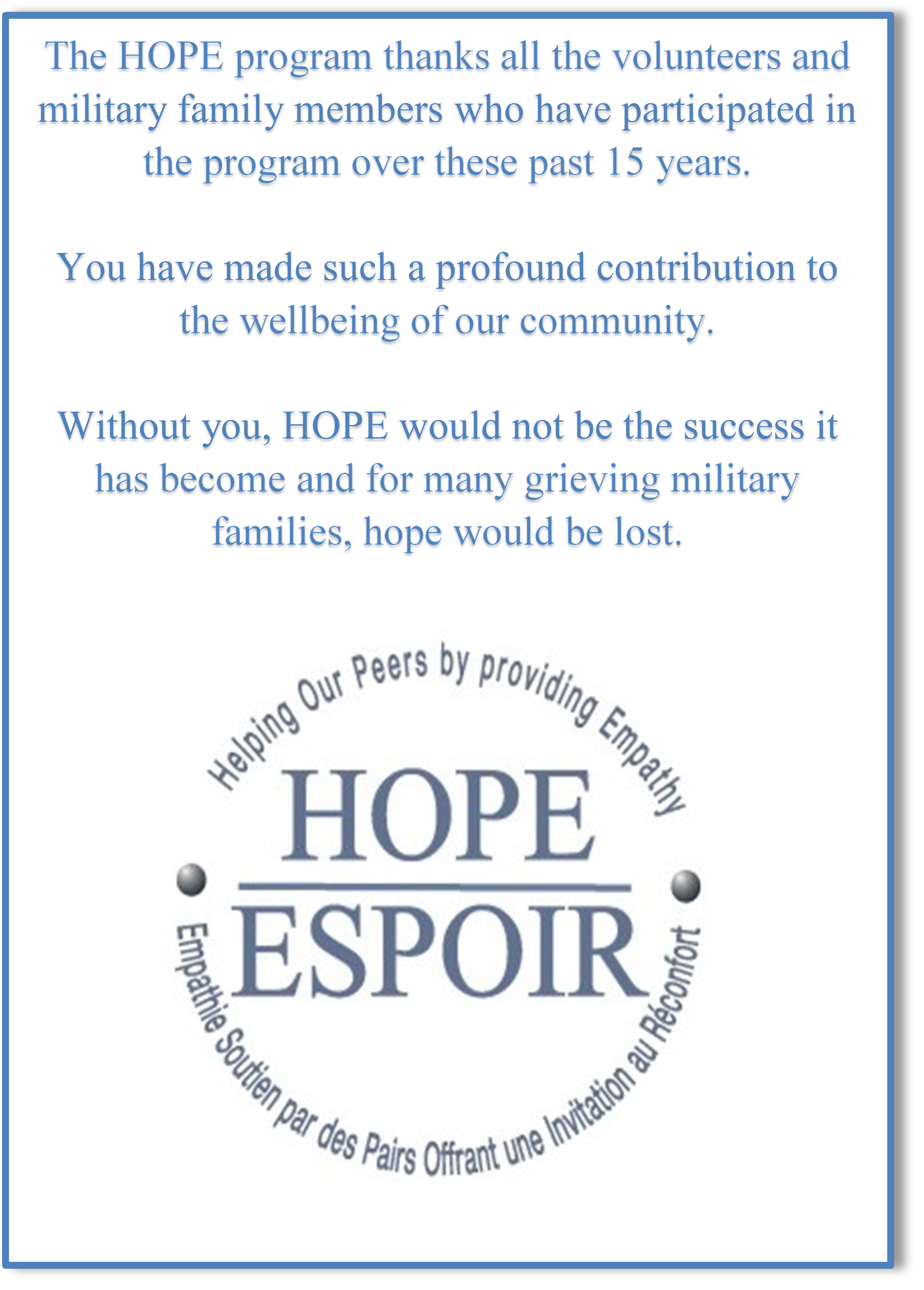 Losing a loved one is one of life’s most difficult experiences. For family members of Canadian Armed Forces members and Veterans living this reality, their grief isn’t always fully addressed by bereavement programs.

The Helping Our Peers by Providing Empathy (HOPE) program offers compassionate understanding and confidential support by pairing volunteers who have lost a loved one in the military with a bereaved military family newly coping with a loss. In this peer-to-peer model, HOPE helps both those who volunteer and those they mentor as they work through their grief together. Peer support has shown to have a significant impact on emotional healing and family well-being.

If you or someone you know is grieving the loss of a military loved one and needs support, please contact HOPE at 1-800-883-6094, or email [email protected].

Thank you to all who participated in the first two online consultations, on the future of remembrance in Canada, and on the application process for disability benefits. The Let’s Talk Veterans platform provided Veterans, families, organizations and stakeholders with the opportunity to make suggestions and provide feedback.

Stay connected at Let’s Talk Veterans and stay tuned for upcoming consultations. Your voice matters—and we want to hear from you!

Save the date: Virtual discussion series on military sexual trauma

Military sexual trauma (MST) has impacted the lives of many still-serving and former CAF members. Join the Canadian Military Sexual Trauma Community of Practice, McMaster University’s Department of Psychiatry and Behavioral Neurosciences and the Centre of Excellence on PTSD for two live symposiums on military sexual trauma.

Clinicians, academics and people with lived experience will discuss such topics as: supports, treatments and resources for those affected by MST, creating a common definition for military sexual trauma and culture change in the CAF.

If you are a researcher, clinician, policy-maker or frontline worker, or if you have been impacted by MST, please tune in to these free events:

To find out more or to register, check out the Centre of Excellence on PTSD’s website.

Commemorate the anniversary of the Battle of Britain

This year marks the 81st anniversary of the Battle of Britain during the Second World War. From July to October 1940, a small group of Allied fighter pilots took to the skies against the much larger German Luftwaffe. The first major battle was fought exclusively in the air.

More than 100 Canadian pilots served in the skies over the United Kingdom during the four months of aerial combat. Twenty-three died in the battle, which was a key turning point in the war. The Allied victory in the Battle of Britain thwarted the planned German invasion of Great Britain.

In Canada, we commemorate the Battle of Britain on the third Sunday of every September. Listen about the battle from Gilbert John Hyde who was there.

Merchant Navy Veterans Day was September 3, when we pay homage to the sailors who put themselves in harm’s way to ensure vital supplies reached Europe during the Second World War.

More than 12,000 people served in Canada’s Merchant Navy during the war. They played an important role in supplying Allied forces in Europe with equipment, fuel, supplies and personnel needed to achieve victory.

The casualty rate amongst merchant mariners was high as they sailed across the frigid and perilous North Atlantic. The heavily-laden, slow cargo vessels offered tempting targets for enemy U-boats. Some 1,600 members of the Canada’s Merchant Navy were killed, and 59 Canadian-registered merchant ships lost. 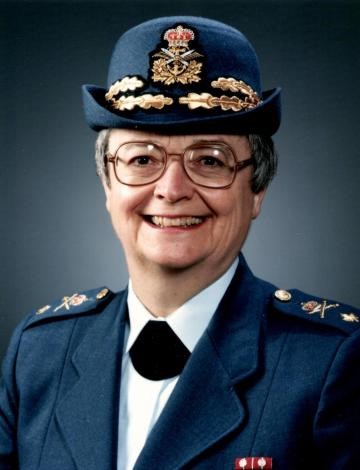 BGen Hellstrom was born in Lunenburg, NS, in 1935. Her military aspirations were kindled during the Second World War after hearing many stories about military life from the Norwegian sailors located at Camp Norway, a military training base in Lunenburg.

In 1954, Hellstrom joined the RCAF University Reserve Officer Training Plan at Mount Allison University. She was promoted to the rank of Flying Officer in 1956 and began her RCAF career in Manitoba as Gimli Station Services Officer.

In 1973, then Major Hellstrom became the first military woman to attend the Canadian Forces Staff College in Toronto. In 1980, she became the Deputy Director Women Personnel and supported and monitored the Service Women in Non-Traditional Employment and Roles (SWINTER) trials.

On 19 June 1987, she became the first woman to achieve the rank of Brigadier-General and assumed the role of Director General Military Personnel. Brigadier-General Hellstrom’s career culminated in 1989 with an assignment as Chair of the Committee on Women in the NATO Forces. After her military retirement in 1990, Sheila continued to champion the recruitment and full integration of military women by serving on the Minister of National Defence’s Monitoring Committee on Change.