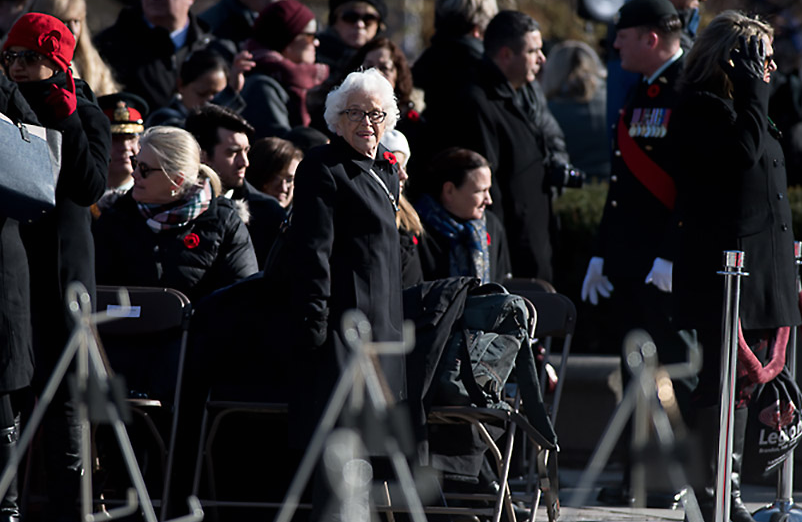 I am sure that some of you are familiar with Elsa Lessard. Elsa is about to celebrate her 99th birthday on 2 July 2021. In WW II she served in the Canadian Women’s RCN Service as a Telegraphist, Special Operator. She was stationed at secret locations just south of Ottawa (can anyone guess as to this location?) and at a tiny hamlet in NB called Coverdale. Elsa and other woman like her copied the German Morse code messages to its fleet of U-boats prowling the ocean for convoys. Information was then fed to Bletchley Park in the UK for decoding. They were referred to as The Secret Listeners. It is suggested that Listeners like Elsa around the British Empire helped save a quarter of a million lives during the WWII conflict. A more detailed account of her story is at this VAC link: