The idea to create a professional force trained specifically to provide military communications came from Major Matthew Wallace Bruce Carruthers, a native of Kingston and hero of the Boers War in South Africa (1899 – 1902).  He noted that communications shortcomings had severely limited the effectiveness of the British Empire forces during this war, and thus the vital importance of battlefield communications.  For commanders, the ability to pass orders to their subordinates and to receive information from them about their situation, and what the enemy was doing, was fundamental to battlefield success.  Similarly, for those on the front line, good communications were important to ensure that supplies, medical aid, reinforcements, and military force by way of artillery or cavalry support would be available when needed.

Back in Canada, then Capt Carruthers presented a paper at a meeting of the Royal Military College (RMC) Club in Kingston.  The talk was published as “Methods of Communicating and Signalling in the Field”.  In the paper, Capt Carruthers proposed that a specialized Signals Corps be established to ensure standardization of communications among Canadian Army Units.  His proposal was accepted and on 24 October 1903, General Order 167 authorized the formation of the “Canadian Signal Corps (Militia)” – the first independent organized Signal Corps in the British Empire.  The original Corps shared communications responsibilities with the Royal Canadian Corps of Engineers until 1919.

In 1923, the opening of radio stations at the Yukon mining communities of Mayo Landing and Dawson City, heralded the beginning of the Northwest Territories and Yukon Radio System.  It provided reliable radio communications for mining companies, aircraft, trading posts, and prospectors.  Regular weather reports from these systems formed the basis for national forecasts from the Dominion Observatory until 1957 when the system’s 28 stations were gradually turned over to the Federal Department of Transport.  When airmail was introduced to the Canadian public in 1927, Signallers were given responsibility for a nationwide system of radio beacons required to guide the mail planes.  In the early days of 1932, Signallers assisted the Royal Canadian Mounted Police in the hunt for the Mad Trapper of Rat River.  This 53-day adventure gained immediate interest by Canadians.  People were fixed to their radios listening to the live reporting of the manhunt in Canada’s North as it occurred.

The Second World War saw a tremendous increase in the size and scope of operations for communicators from the Royal Canadian Corps of Signals and the Royal Canadian Air Force telecommunications and radar operations.  Hundreds of trained signalmen served in base signal unit in Canada with Canadian Army Forces in Europe and many more served in North Africa, Hong Kong, Australia, and Burma.

They were also present in Korea providing a Brigade Signal Squadron and by men serving in infantry and artillery regiments.  The Air Force Signal Branch’s peacetime establishment which by 1939 had grown to six officers and 75 men, grew to over 20,000 RCAF signal personnel who operated communications equipment, radios, radar, and navigational equipment overseas and in Canada.  At the beginning of the ‘Cold War’, North American Air Defence (NORAD) became a permanent feature of our defence policy.  Air Force communicators operated and maintained several layers of radar sites to track and identify aircraft within and entering Canadian airspace.

Before the 1940s, there never was more than a few thousand officers and men serving at sea – with the exception of World War I.  The history of naval communications may go back many hundreds of years and while today’s methods of signalling are generally recent in origin, the hoisting of flags, semaphore, and flashing lights are still used.  Over the last century, naval communications have evolved to wireless telegraphy, wireless radio, world-wide voice service, and satellite communications.  Primarily in the Canadian North, the Supplementary Radio System Military Communications component of The Royal Canadian Navy operation the Supplementary Radio System with over 800 sailors.

The advent of United Nations Peacekeeping Operations had a tremendous impact on all communication personnel.  In virtually all UN operations communicators were represented in strength, ranging from one or two radio detachments to a full signal regiment.   C&E members provided command and control capability including cyber to all CAF operations – domestic and foreign including most recent operations in Bosnia-Herzegovina and Afghanistan.

With the passage of the Canadian Forces Reorganization Act in 1968, military communicators from the Navy, Army, and Air Force were brought together.  With the closure of service training schools after integration, professional military communications training was conducted at the Canadian Forces School of Communications and Electronics at Kingston, Ontario – it continues today.

The men and women of the military communications family, assisted by members of the civilian defence team, carry out duties across Canada and around the world in support of UN, NATO, humanitarian assistance mission, and coalition operations.  In cooperation with our defence science and technology partners, military communicators operate and maintain some of the most sophisticated and complex equipment in use today. 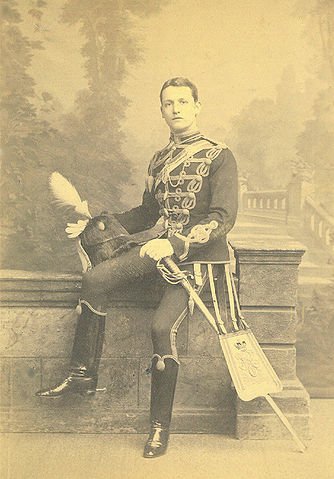