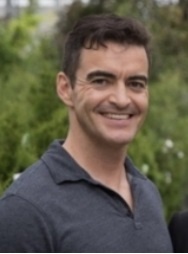 Morin, Richard Henry passed away suddenly in his home (Trenton) on Thursday, December 1, 2022, at the age of 53 years. Beloved husband of Carrie Ann Morin (née Gatt). Proud, loving father of Abigail Morin (Patrick Suthers). Beloved son of Desneiges Morin & his late father, Daniel Morin. Dear brother of Jean (Yvonne) Morin and the late Andre Morin, loved dearly by his niece and nephew Jacqueline & Nicholas Morin. Richard was cherished by the entire Gatt family; Carrie’s parents Carol & Paul Gatt, and sibling; Cheryl (Marc) Giroux and their children Jenna and Justin Giroux. He will be deeply missed by all who had the pleasure of knowing him.

Though Richard came from humble beginnings, he was never for want of love. Richard often reminisced on his early adventures with his brothers and cousins: exploring the Toronto subway system as a young child, finding the biggest hill to ride down on his banana bike, and reading comic books – all of which was done to the sound of 70s and 80s rock. Richard met his soulmate, Carrie, when they were 17 years old, working as lifeguards at the St. George pool in Welland, Ontario. At 19, Richard joined the Canadian Armed Forces, attending The Royal Military College of Canada in Kingston, Ontario. Here, he earned a Bachelor of Engineering Physics, forged close friendships, and orchestrated many ingenious and good-humoured pranks. Following his graduation, Richard and Carrie were wed on August 21, 1993. 3 days later, the two moved to Vancouver for Richard to complete a Masters of Applied Science, Engineering Physics at the University of British Columbia.

From 1989 to 2009, Richard served as a Signal Officer (Army Communications and Electronics Engineer) throughout Canada and on deployment to the Central African Republic. Richard possessed a growth mindset like no other – he continually sought opportunities for learning, whether academic or personal. Having always been passionate about health and promoting wellness in those he encountered, Richard chose to pursue a career in medicine. He attended the University of Ottawa from 2003 to 2007 and completed his residency in family medicine at Dalhousie University from 2007 to 2009. In the years that followed, Richard served as a physician with the Canadian Armed Forces and worked in the civilian sector as an emergency medicine physician and urgent care practitioner. Richard served his country overseas in Afghanistan (2011) and, most recently, in Iraq (2017) as commanding officer working to establish and direct a multinational field hospital. Richard was the bravest and greatest among us. Though it pained him to be without his family, he always regarded his deployments as the most valuable and impactful work of his military career.

Richard retired from the Canadian Armed Forces in 2017 after 28 years of service. Being the lifelong student he was, Richard enrolled at the Northern Ontario School of Medicine to obtain qualifications in family practice anesthesia. Richard worked as a GP Anesthesiologist for Quinte Health, ON, while continuing to practice family medicine as a civilian at CFB Trenton.

Richard possessed a mind like no other. He sought to improve his practice at every opportunity, pursuing professional development courses and reading daily to stay current with recent advancements. His intelligence could only be outshined by his humility: Richard treated everyone as an equal and always took the time to acknowledge and appreciate those around him. One could only hope to have a doctor like Rich: someone who was not only calm and extremely competent but who went to whatever lengths necessary to ensure his patients’ comfort and dignity.

The magnitude of his excellence cannot be put into words.

Richard never took life for granted. He took great care of the health of those around him and his own. He has always been in excellent physical form, led an active lifestyle, and fueled his body conscientiously. Richard’s passing is entirely attributable to his family history of cardiovascular disease.

Cremation will take place, and a celebration of Richard’s life will be held at a future date. The website will be updated once arrangements have been finalized. Memories, stories, and condolences can be shared online at www.weaverfuneralhomes.com

If you would like to honour Rich, please donate in his name to the Trenton Memorial Hospital Foundation, Heart and Stroke Foundation of Canada or simply perform a random act of kindness as he so often did.