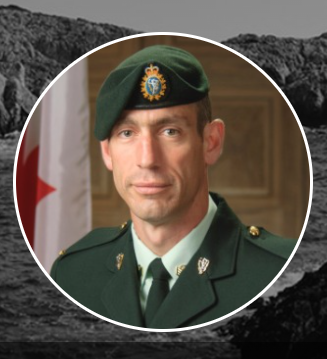 Michael Scott Milne, a Veteran, Volunteer Firefighter, and loving father of three, passed away unexpectedly, yet peacefully on the morning of 19 December 2021 at the age of 51, in his home in Kingston, Ontario.

Scott is survived by his three sons; Tanner (Josée), Kobe (Nicole), and Rhys Milne, his parents; Norm and Diane Milne and his Brother Chris (Liana) Milne. He is also survived by his Grandmother; Betty Hnatowich, his loving aunts and uncles, cousins, nieces and nephews, and his beloved dog and best friend that never left his side, Crosby.

Scott was born in Princeton, British Columbia on March 27, 1970 and grew up in the mountains of BC, to which he always called home. After graduating Kamloops Secondary School in 1988, he went on to serve in the Canadian Armed Forces for 20 years. In 1996, Scott was posted to Kingston, Ontario, where he welcomed and raised his three sons, and served as a Volunteer Firefighter with Kingston Fire & Rescue for 11 years.

Scott was the most professional amateur athlete, beloved coach, and avid sports fan as shown by his extensive jersey collection. His three sons were his life and his memories raising them ‘on the pond’ were among the fondest for him and his family. Scott always encouraged his sons to be the best they could be, at whatever they pursued – always loving and supporting them along the way. The majority of his military career was shared with his brothers in arms at the Canadian Forces Crypto Maintenance Unit (CFCMU), who were best of friends until the day he passed. Scott made friends everywhere he went and treasured his Kingston family ‘The Gang’.

To recognize Scott and his contributions to 21EW it was decided that the Sr/Jr hockey game be named in his honor. WO (Ret) “Scotty” Milne will continue to live on in Unit lines.

His legacy lives on with pride, as his loving influence and golden rules live on through his three sons.

His life will be honored at a later date, to be determined by his family.

Memorial donations may be offered to Soldier On at www.soldieron.ca/Give-Support