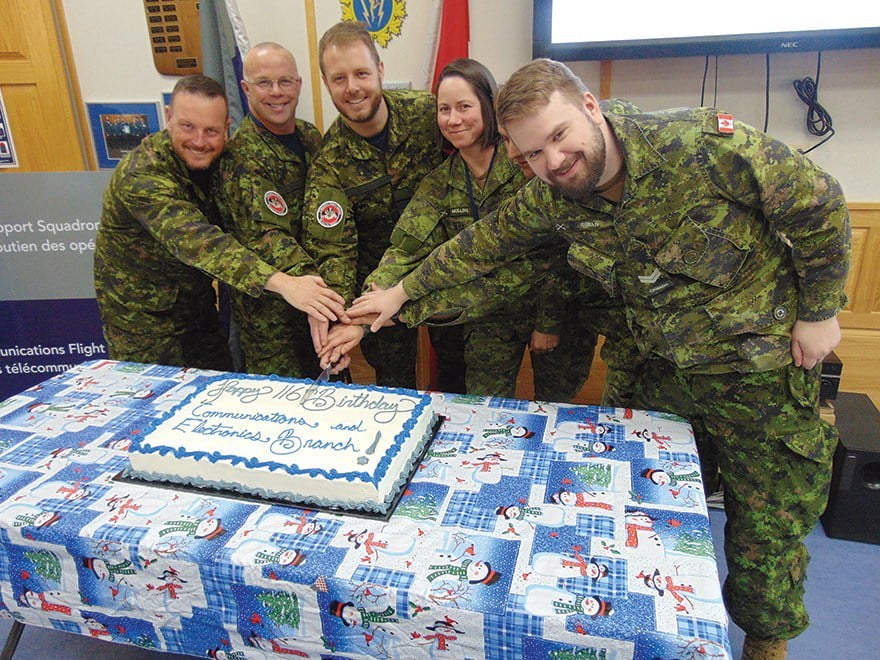 It’s hard to imagine that there is a unit at 4 Wing Cold Lake that can trace its beginnings to people waving flags at each other to communicate important messages.

But that’s where it all began for today’s Wing Telecommunications and Information Services (WTIS) Flight and on Oct. 24 some 4 Wing members celebrated their 116 year history with a cake and presentations. They were marking the proud past of the Royal Canadian Corp of Signals who started in about 1903 commuting on the battlefield using semaphores.

No one at WTIS now knows how to send messages by semaphore. What was once quite simple nowadays is far more complex. Now they talk of satellites and computer networks and perhaps most importantly security.

“It’s good to celebrate out own history and showcase our history with others,” said Major Kris Hjalmarson.

The approximately 90 members of the flight, some of them civilians but mostly Canadian Armed Forces members, are tasked with keeping all telecommunications on the wing operating smoothly and safely in a secure space. That may include the computer you use daily at your desk, the networks that connect it to other computers and communications from the air traffic control tower to CF-18 Hornets in flight.

“What the flight does is vitally important,” said Hjalmarson. “Everything on the base relies on communication. It’s the glue that keep the base together.”

Many of the members are trained at the Canadian Forces School of Communications and Electronics in Kingston, ON, and Trenton, ON.

Just as communication has advanced from the semaphore to computers and satellites the technology is always changing. That’s one of the challenges for TIS Flight leadership, scheduling the many upgrading courses taken by members to remain up to date on the latest changes.

“Some of the training is very intensive. We often lose members from the base temporarily to take courses in Kingston at the school.”

“If things crash here (due to computer systems) and CF-18s are unable to take off that’s not good for the defense of North America.” In summary, it’s a no fail mission.

There are a variety of specialities among TIS Flight members for tasks such as fixing your desktop computers to maintaining vital computer networks that are also connected to satellites.

A variety of personalities are attracted to the telecommunications trades, said Hjalmarson, but mostly they are people who enjoy problem solving and troubleshooting.

He admits it can be challenging work: “Using brain power all the time can wear people out.”

“Some might not think about what we do until their computer doesn’t work.”

Hjalmarson arrived for his new posting in Cold Lake two months ago from Ottawa.

“I love it here,” he said, as he prefers smaller centres without a busy commute. 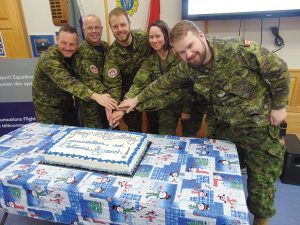