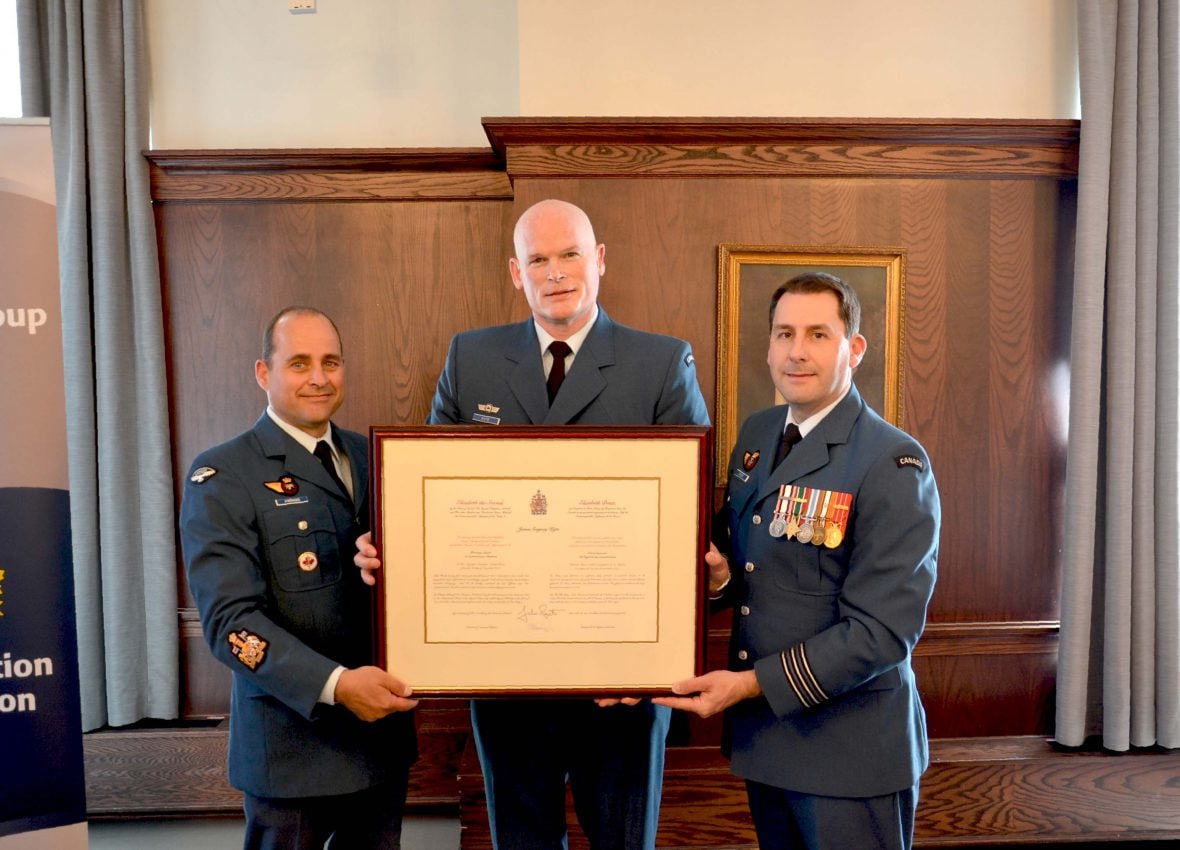 76 Communication Regiment officially welcomed Gregory James (Jim) Kyte as its first ever Honorary Colonel on May 15. Although all units can appoint an Honorary Colonel, Jim Kyte is the only official Information Management (IM) Group honorary appointee.

At the scroll-signing ceremony held at the National Defence Headquarters, Lieutenant-Colonel Corey Crosby, who initiated the request to appoint Mr. Kyte, expressed how the new Honorary Colonel embodies everything that the Canadian Armed Forces (CAF) believes in. He has demonstrated his tenacity for leadership and teamwork, his ability to overcome adversity, and his determination in furthering his education. 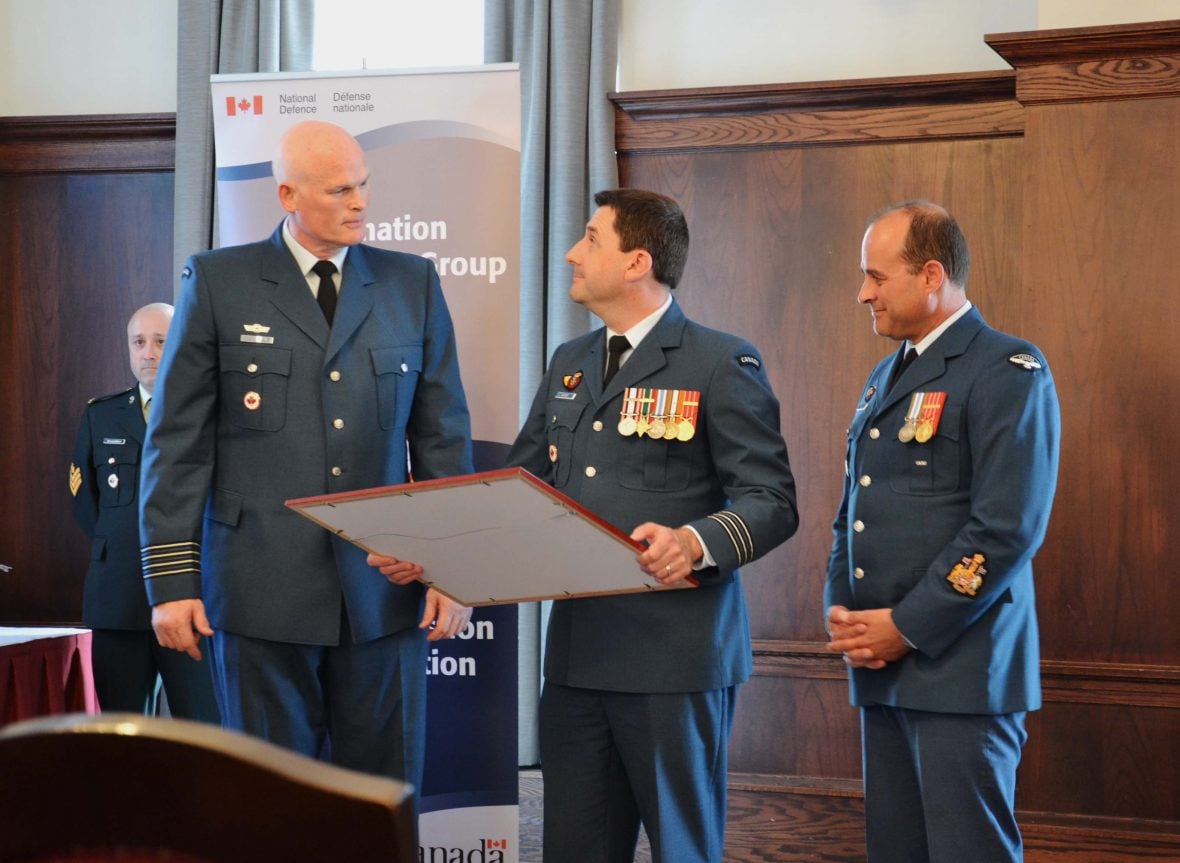 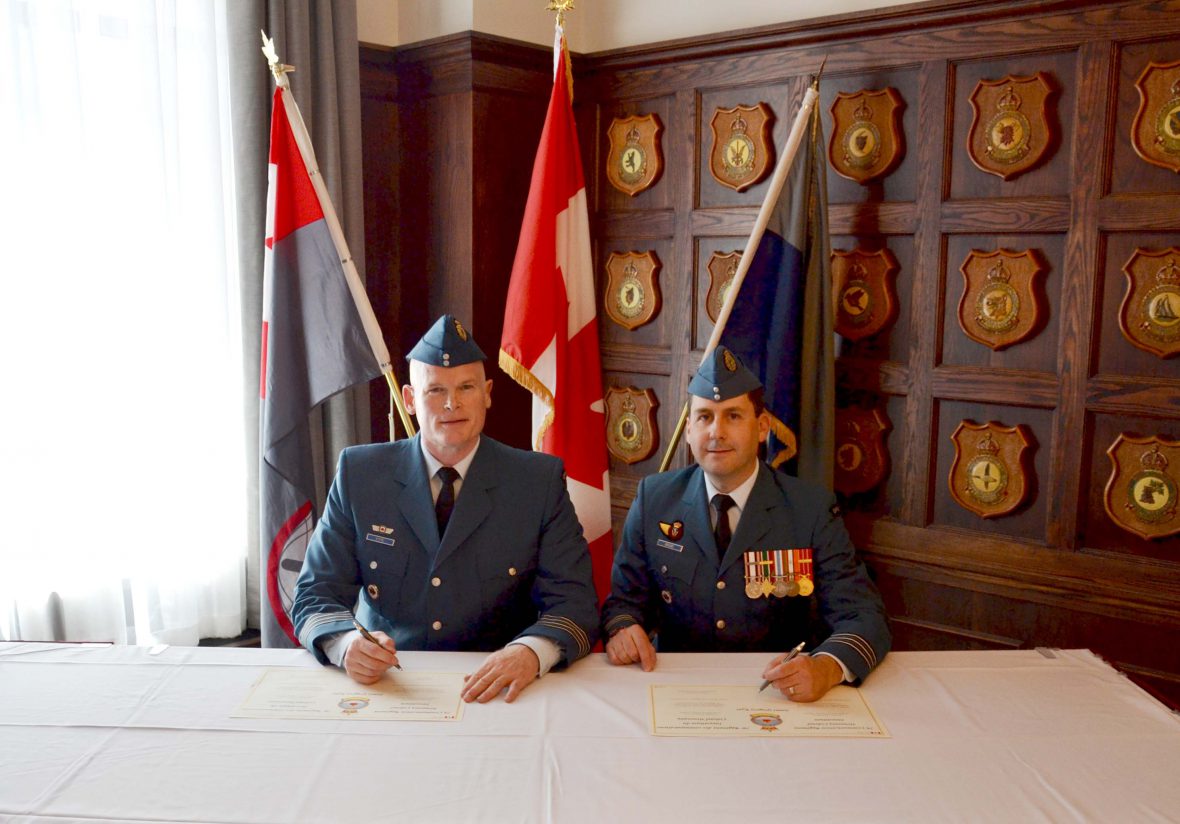 HCol Kyte, the only deaf player ever to play in the National Hockey League, and currently the Dean for the School of Hospitality and Tourism at Algonquin College, spoke about his close relationship with the CAF. After witnessing his family’s sacrifices to serve their country, HCol Kyte decided to visit CAF members overseas to thank them for their service. At his investiture ceremony, he expressed how even being “considered for this position is incredibly humbling.”

Honorary Colonels hold a special position in the CAF. They are the unit’s public face to develop support and strengthen their ties with the community. This position is given to those that have expressed appreciation and support for the CAF, while being influential in their community and demonstrating an affinity for mentoring.

LCol Crosby asserted that HCol Kyte exhibits all of these qualities, and that he is vital to the unit since he is a “natural leader, and that speaks volumes.”