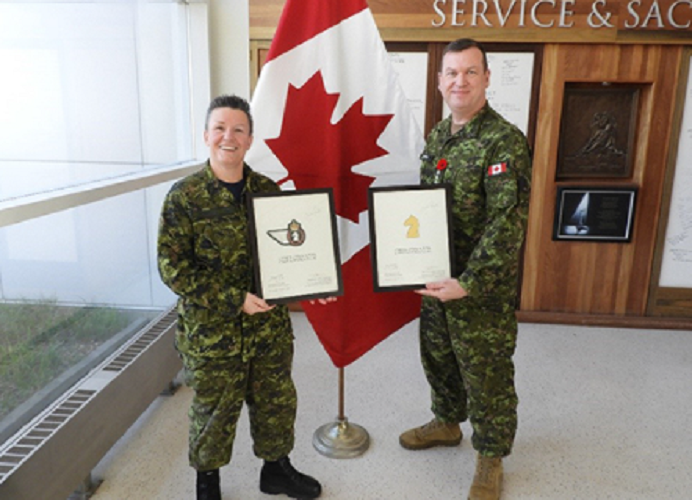 In January 2017, the Canadian Armed Forces (CAF) created the Cyber Operator occupation, representing a new chapter for the CAF’s approach to the Cyber domain.

Since then, the occupation has seen continuous growth, with eleven CAF members recently becoming the first official graduating class (accessible only on the National Defence network) of the Canadian Forces School of Communications and Electronics’ (CFSCE) Cyber Operator training. The CFSCE is collaborating with Willis College and the Nova Scotia Community College to provide the educational foundation necessary to become a Cyber Operator.

As the Cyber Operator Occupation reaches its four year milestone as a CAF trade, a new trade badge has been released. The trade badge signifies that the member has received the Cyber Operator qualification by completing the necessary training, and will be worn by qualified members in all three environmental uniforms (land, sea, and air).

Creating a CAF trade badge first begins with a concept. In the design phase, the badge must be created to best represent the importance of the specified CAF trade’s duties. The design is then reviewed by CAF senior members and sent to the Directorate History and Heritage (DHH) for approval. Lastly, the design is presented to the Governor General of Canada, who approves the final product.

The Cyber Operator badge is a silhouette of a chess piece, the knight. A knight moves uniquely around a chessboard and can be used for both offence and defence, which represents the agility and speed required for cyber operations.

I like the knight as the badge. It’s cerebral!