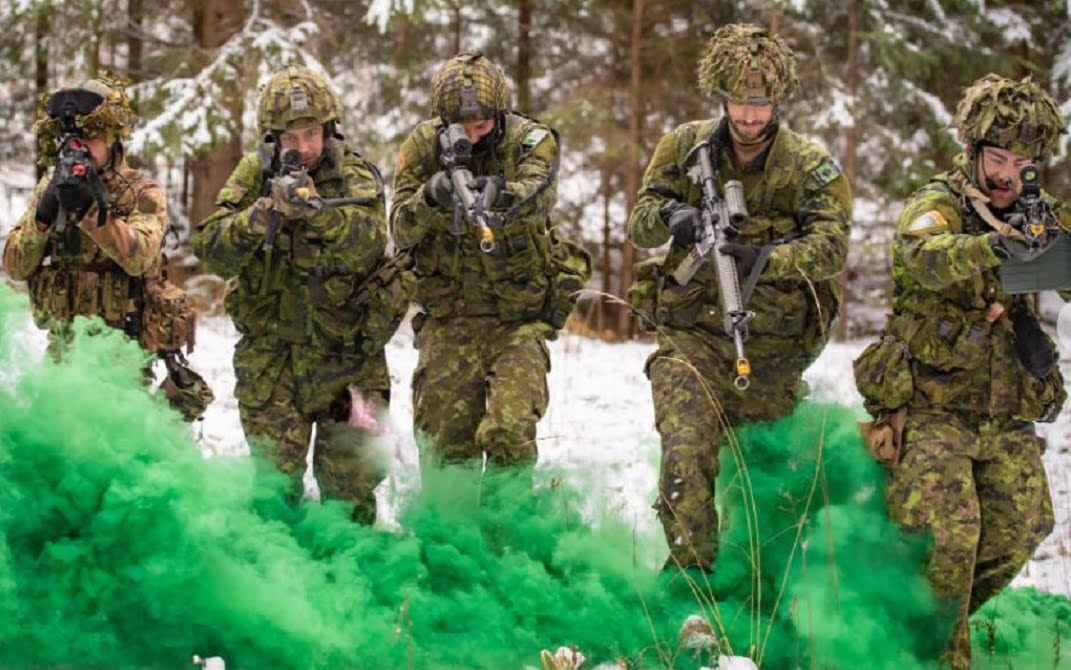 Signallers of the Battle Group (BG) Latvia participated in the exercises BEAST RAIDER and HORNED VIPER during December 2020.

From 30 November to 3 December, members of the BG Signals Platoon participated with our Italian allies in the Ex BEAST RAIDER patrol concentration. During this exercise, the Signallers had the opportunity to demonstrate their skills and patrol spirit during several scenarios including raids and ambushes. By establishing standard operating procedures with members of the 5th Lancieri of Novara, our soldiers conducted combat patrols at the training grounds in Strautini, Latvia. By successfully completing the tasks, the Signallers demonstrated that they can conduct patrol operations while performing their signalling duties across the spectrum of operations.

On 12 December, other Signallers were able to test their combat First Aid skills during Ex HORNED VIPER. This multinational competition aimed to standardize First Aid procedures across the BG. Participants had to test their limits in multiple scenarios under realistic conditions. After giving First Aid to fictitious victims, participants were tasked with transporting a victim on a stretcher to a casualty collection point.

Despite the winter period, the BG continues to train and the BG Sigs Pl has demonstrated that it can conduct and sustain operations in diverse and complex conditions. Bravo Zulu