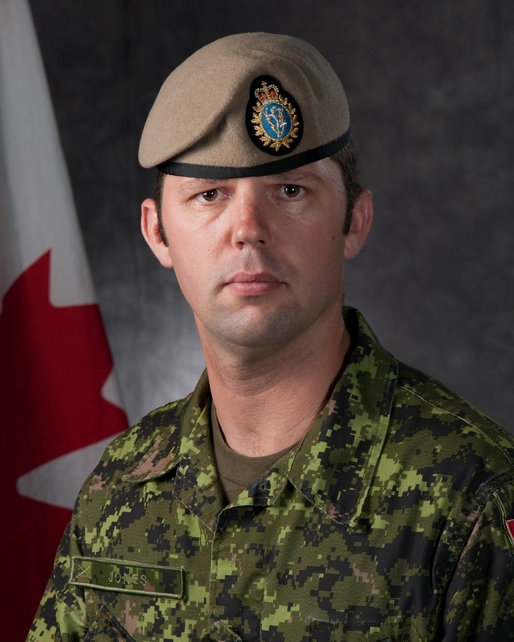 1. After 25 years of loyal and dedicated service, Warrant Officer Jeremy Jones will take his retirement from the Canadian Armed Forces, Communication and Electronics Branch and the ACISS-TECH Trade.

2. WO Jones joined the CAF in 1995 as an Infanteer with The Royal Regiment of Canada. In 1998 he deployed to assist with the Ice Storm in eastern Ontario. Later that year he would deploy to Bosnia with 3 RCR on Op Palladium Roto 3. Shortly after his return, WO Jones would receive his component transfer to the regular force, rejoining 3 RCR. In 2000, WO Jones completed Basic Recce Patrolman course. In Dec 2000, he married the love of his life, Allison. In 2001, he began pre-training for his second tour to Bosnia, Op Palladium Roto 8. In 2003, WO Jones completed further courses before 3 RCR began getting ready to deploy to Afghanistan, on Op Athena Roto 0. Upon return in 2004, WO Jones would complete Basic Comms, Heavy Machine Gunner, and Infantry Platoon Support Weapons courses before beginning Mod 1- 5 of PLQ (Inf). In Mar 2005, while on mod 6, WO Jones was notified of his Occupational Transfer to LCIS Tech. In Apr 2005, he started POET and LCIS QL3 in Kingston. While on course, his daughter was born. In May 2006, he returned to Petawawa with 2CMBG HQ & Sig Sqn. In 2007 and 2008, he deployed twice to Afghanistan with the National Command Element (NCE). Part way through his second tour (2008 2009), his son would be born, whom he wouldn’t meet until 6 weeks later, due to operational tempo. In 2010, WO Jones had to complete his PLQ Mod 6 a second time to be fully qualified.

4. WO Jones will be retiring in Ottawa in Jan 2020 with his wife, Allison and two beautiful children. He will continue to share his experience and knowledge, as a public servant in the Satcom Ops Center (764 Comm Sqn).

6. Congratulatory messages, stories or anecdotes can be forwarded to Sgt Emond-Allard at the following address: [email protected]

Congrats Jones. We crossed paths on roto3 and a few more times after that when you went Sigs.

Congratulations On your retirement Thank You for your service all those years ,
So Happy & Glad you are home with your family & friends who are so honoured to know you !