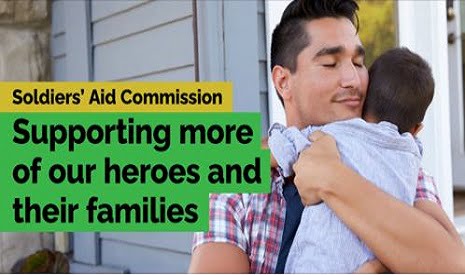 Ontario has expanded the Soldiers’ Aid Commission so Ontario Veterans of all ages and their families can access financial assistance if they are in need.

The commission reports to the Minister of Children, Community and Social Services and is governed by the Soldiers’ Aid Commission Act, 2020 and regulations made under the act . The Lieutenant Governor in Council appoints the members of the commission. The Public Appointments Secretariat lists the appointed and vacant positions.

To be eligible to receive financial assistance from the Soldiers’ Aid Commission, you must:

A Veteran is a former member of the Canadian Armed Forces who has completed basic training and was released from service.
The following people are also Veterans:

To read the full article, please follow the link:
https://www.ontario.ca/page/soldiers-aid-commission#section-1