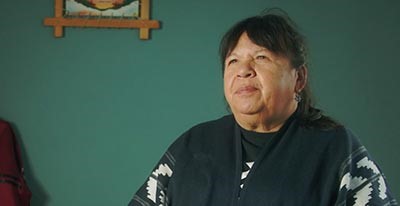 Indigenous Veteran Debbie Eisan will be featured in a 60-second video airing on APTN, with the Aboriginal Peoples Television Network, for the Indigenous Day Live event on 20 June.

The partnership will be renewed for the Indigenous Day Live in 2022, when we hope to attend in person, engaging directly with Indigenous Veterans and the communities that support them.

Follow VAC on social media and the web for updates on events.

Honouring the memory of Indigenous Veterans 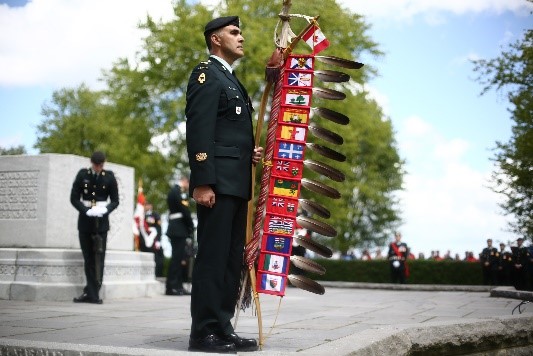 Indigenous peoples have always had an important place in our military history, even though many needed to overcome barriers to serve in uniform.

The contributions of First Nations, Métis, Inuit and other Indigenous peoples are woven through every conflict and every era: from the thousands who answered the call during the First and Second World Wars, to those who served in Afghanistan and in peace missions around the world.

Join us this month as we remember all the Indigenous people who have served Canada, and how much our country honours them for their service.

LGBTQ2 Veterans have played an important role in our country’s military efforts, and continue to contribute to our rich history and heritage.

Pride Week took place June 8 to 11. We invite you to read more about women and LGBTQ2 Veterans.

We are collecting valuable insights into improving the application process for VAC disability benefits. To better understand their first experiences in applying for benefits, Veterans Affairs Canada is holding a consultation with Veterans, former RCMP and still-serving CAF members, their family members, until 17 June 2021.

This consultation is done through our Let’s Talk Veterans consultation platform, focusing on first applications. We’ve heard from hundreds of Veterans so far, and we want to hear from you too!

To read a report on the consultations when it’s published, and to stay connected on Veterans’ issues, visit Let’s Talk Veterans.

Help applying for benefits and services

Would you like advice or guidance when applying for VAC benefits or services? They’re available, free of charge.

You can get free guidance with your application by contacting:

Be heard! Join one of the six ministerial advisory groups

Are you passionate about making a difference for Veterans? Interested in speaking up about issues and sharing your perspective? Then join one of VAC’s ministerial advisory groups.

Ministerial advisory groups at Veterans Affairs Canada are your opportunity to share your knowledge, expertise, and experiences with the Minister to help guide change and improve services for Veterans and their families.

We are currently seeking Veterans, Canadians, and stakeholders from diverse backgrounds and experiences across Canada who want to make a difference.

Bring your voice and share your perspective on important issues to one of the ministerial advisory groups:

Why do the Battles of Beaumont-Hamel and the Somme matter to you?

Even after 105 years, the Battles of Beaumont-Hamel and the Somme during the First World War resonate throughout Canada.

As we approach the 105th anniversary of those battles, we want to hear from you why they still matter today.

More than 24,000 Canadians and Newfoundlanders were killed, wounded or missing during the battles. With so many lives cut short, Canada and Newfoundland were forever changed.

Please share your thoughts. You can join the conversation on social media using: 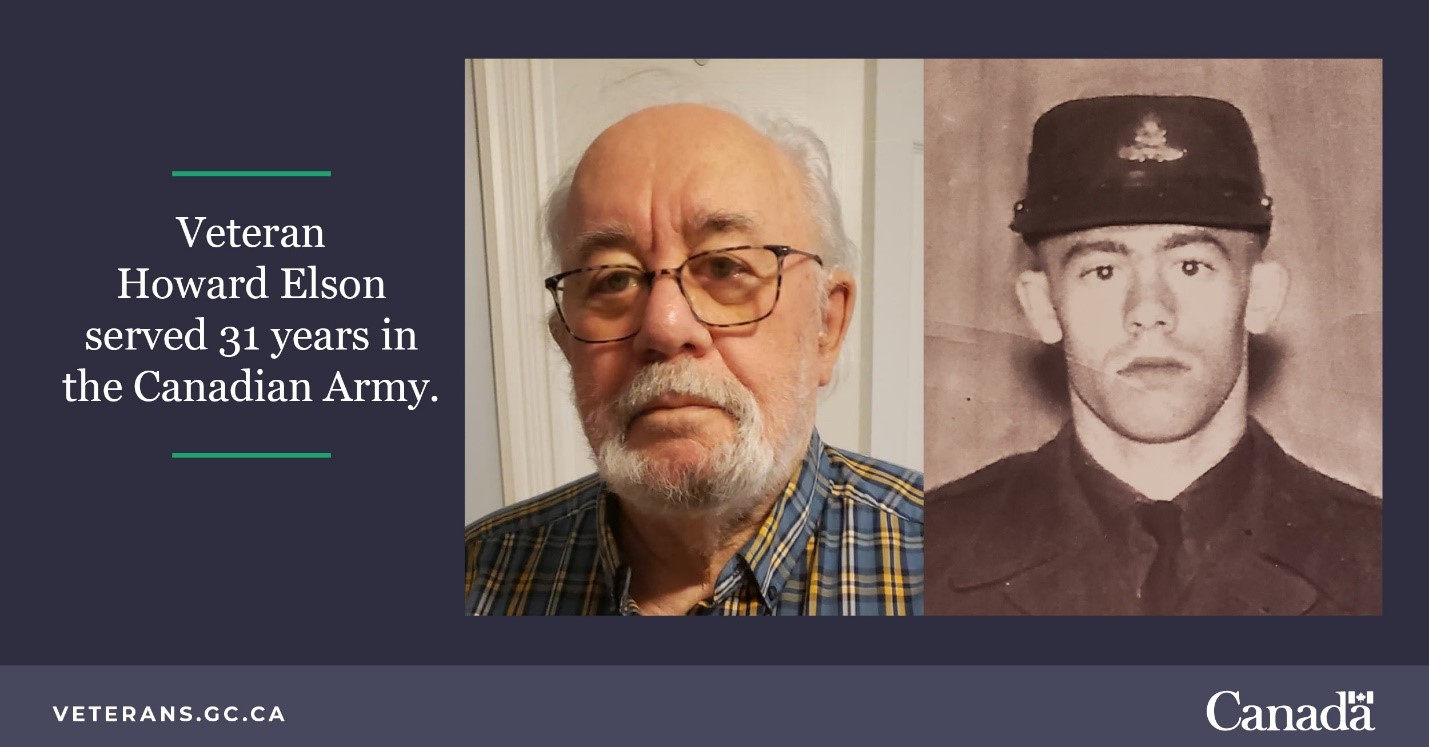 Howard Elson has experienced his share of action and adventure in his 31-year career with the Canadian Army’s Artillery division. His advice to CAF members and Veterans in life after service is to take advantage of all the benefits and services available.

Mr. Elson joined the Army from his home in Newfoundland and served with the Artillery in postings was posted across Canada, and even on the Rhine river in Germany. He achieved the rank of Master Corporal, and then in the Reserves Rangers, rose to Lieutenant.

An accident in 1979, while working with 155mm artillery shells, left Mr. Elson with a permanent back injury. He transitioned out of the CAF and pursued a number of opportunities, including as a training officer for the Canadian Rangers.

Now 78, Mr. Elson receives support like snow removal and assistance around his Nova Scotia home through the Veterans Independence Program.

He encourages any Veteran who feels they might benefit from the program to apply. “By all means, look into it. I’ve been happy with what the program has to offer, and it’s always easy to get answers if ever I have questions.” 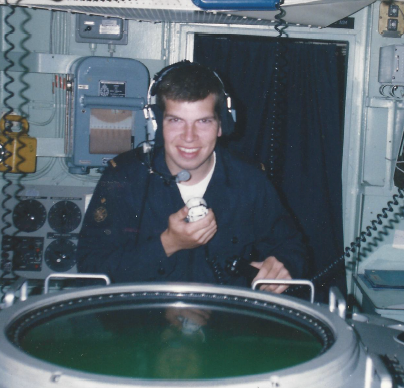 Todd Ross had loved the military since childhood. As an adult, he excelled in his position in the Royal Canadian Navy—until he was dismissed in 1990, through no fault of his own, caught up in the LGBT purge.

Since then, Todd has applied his considerable talents and skills to build an impressive career. He also helped lead the class action that led to an apology to LGBT members and compensation.

A life in the military

Todd Ross joined the Army Cadets in his home town of St. Stephen, New Brunswick, just before his thirteenth birthday. “I absolutely loved it,” he remembers. The Cadets took him to Germany, among other adventures. When he got older, he became a summer instructor with the organization. 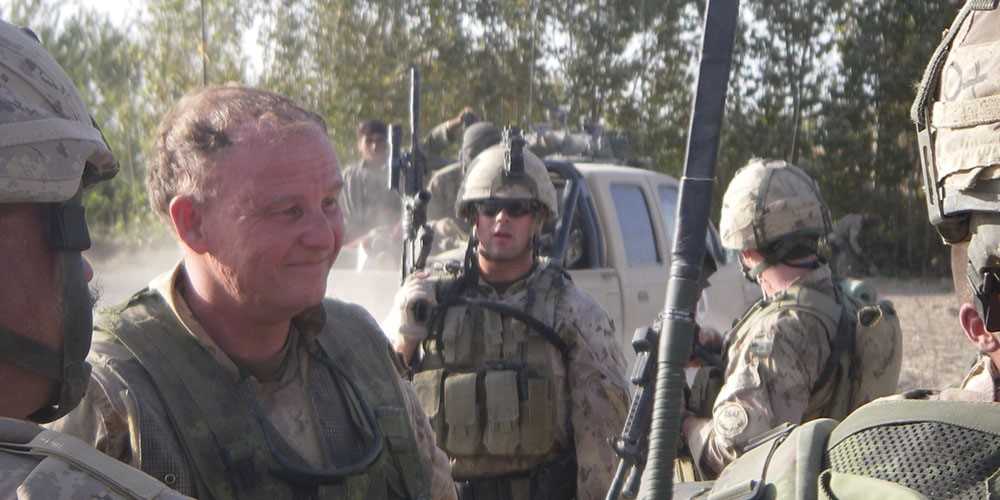 Major-General (Ret) David Fraser, who led NATO forces in Afghanistan, has excellent advice for those about to transition from military service.

As Corporate executive, bestselling author and financial mentor at one of Canada’s leading business schools, Major-General (Retired) David Fraser has certainly had a successful career after his time in uniform. His post-military career focuses on guiding fellow Veterans and current members of the Canadian Armed Forces through various post military activities.

If you love to bike, join the 2021 Virtual Harry DeWolf Challenge.

The annual Navy Bike Ride challenges everyone on two, three or more wheels to ride a cumulative 30,000 kilometers to raise money for the Royal Canadian Naval Benevolent Fund and Support Our Troops.

The 2021 Navy Bike Ride runs June 21 to August 28. Find out how to join and share at NavyBikeRide.ca.