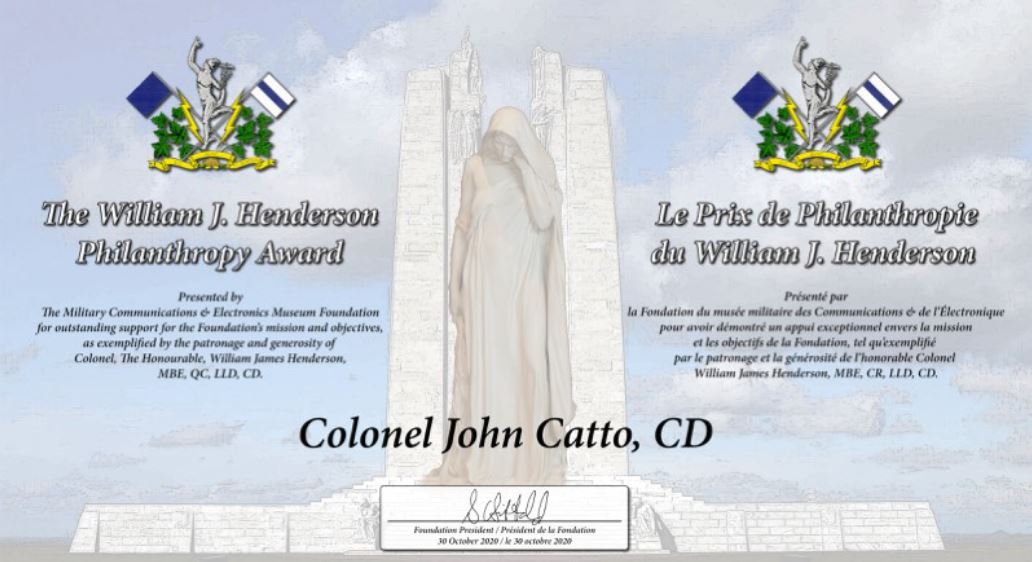 The Military Communications & Electronics (C&E) Museum Foundation’s donor recognition program acknowledges various levels of financial support to our Museum. In 2015 the Board of Directors added a special award to recognize outstanding support by individuals or organizations, not only financially, but also through their volunteer activities. Given the patronage and generosity of William J. Henderson and his Foundation over the years, it was an honour to name the award after him.
Permission was granted to name the award, The William J. Henderson Philanthropy Award.

I am pleased to announce that on 30 October 2020 the Board of Directors unanimously confirmed that Colonel John Catto, CD was worthy of distinction by being posthumously named a recipient of the William J. Henderson Philanthropy Award.