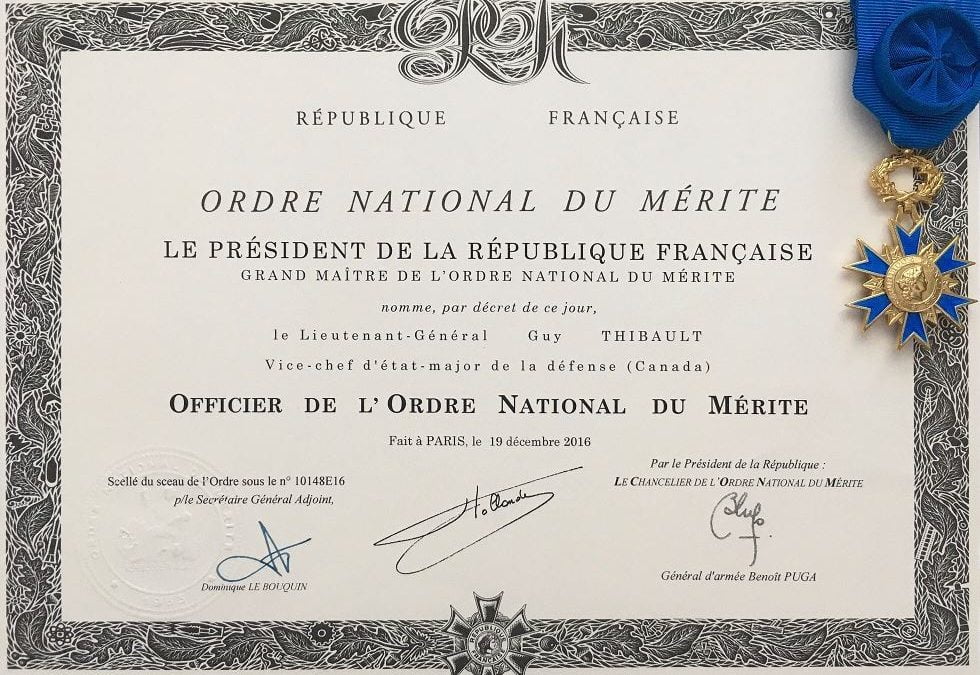 The Branch Leader is pleased to announce that Lieutenant-General (Retired) Guy Thibault received France’s Ordre National du Mérite at the grade of Officier on the 18th February 2019.

LGen (Ret’d) Thibault was invited to the French Embassy to receive the honour. It was initially signed in Paris, France on the 19th of December 2016 and was awarded to General Thibault when he served as the Vice Chief of Defence Staff. The President of the Republic of France (as Grand Master of the Order) and the General of the French Army (As Chancellor of the Order) endorsed the certificate. 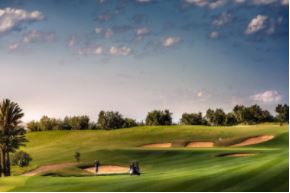